We are calling on all supermarkets to recognise social care team members on a par with NHS staff during coronavirus priority shopping times.

Despite being in uniform or showing ID badges, care workers have reported being denied shopping access during NHS priority slots, including at Tesco and Waitrose.

Following a series of 12-hour shifts, care home manager Karen Diesel was told at Tesco in Salisbury that the priority shopping slot was for NHS staff only.

“After looking at my ID the security guard’s reply was that even if there was a slot for care workers this would not apply to me as I was just the manager. When I asked what he meant by this, his reply was ‘Well, you would be safe sat in your office.’ If only he knew. I am really angry and disappointed in the whole system.”

“The current situation is confusing for our care teams. Being recognised by some supermarkets – like Sainsbury’s and Asda – with NHS colleagues is great, but others, such as Tesco, Morrisons and Iceland, aren’t extending incredibly brave care team members the same courtesy as NHS staff. It’s yet again a sign that social care is second-best to the NHS and it isn’t right that our teams are left feeling embarrassed and demoralised as a result.”

“All supermarkets should be treating NHS and social care teams equally. Without social care the NHS would be put under even more pressure than it is now. Courageous care teams are at the frontline in battling this disease, going above and beyond to care for vulnerable people. They need to be able to shop for clients and themselves quickly and easily. Their dedication deserves to be recognised.”

Despite Sainsbury’s own policy saying social care team members should be allowed in during priority times, care workers have been left feeling ‘humiliated’ and ‘worthless’ after being refused entry or having to convince security guards to let them into Sainsbury’s supermarkets during dedicated NHS and social care worker shopping slots. 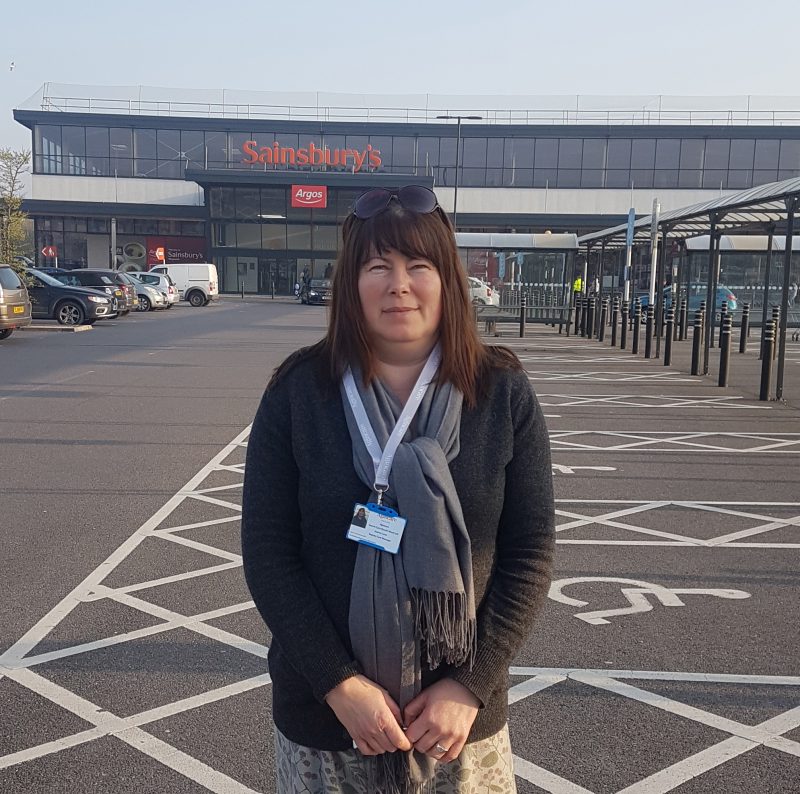 Joanna Lane, who works in Agincare’s live-in care division, went to Sainsbury’s Weymouth store to get some much-needed supplies at the same time as NHS staff.

“At the door, I was questioned who I worked for. It took a while to convince the security guard that I worked for an organisation providing social care to vulnerable people, even when I showed him my ID badge. Eventually I was allowed in, but it was a really humiliating experience, and it left me feeling pretty worthless.”

Please see all our coronavirus news, guidance and FAQs.

Types of care we provide

It is an exciting time for Fulford Care & Nursing Home as a new chapter opens. Welcoming a new Registered Manager and a new dementia wing, our Littlehampton home has …

‘Good’ start to the year for Cordelia House

Cordelia House, our care home in Fareham, Hampshire, has been rated ‘Good’ following an inspection by the Care Quality Commission (CQC) – the independent healthcare body that regulates health and …

We are delighted to share with you our Winter 2023 quarterly newsletter which is packed with the latest news and updates from across Agincare’s services. Inside you can read about: …

It is an exciting time for Fulford Care & Nursing Home as a new chapter opens. Welcoming a new Registered Manager and a new dementia wing, our Littlehampton home has …

Music, laughter, drinks and dancing were all part of the New Year’s Eve fun at Fulford, our care and nursing home in Littlehampton. As 2022 drew to a close, our …